Fire pits are a great way to have a comfy evening on the patio but a lot of the time this means taking you away from the comfort of your patio furniture. Solostove has had a lot of great success in the past with its miniaturized camping-focused Solostove Lite camping stove. However, for those of us who just want to spend an evening on the porch with some good food and good drinks but don’t want to have to grapple with a full-sized fire pit, Solostove has released the new Mesa miniature tabletop fire pit. Solostove was gracious enough to send me out a T&E copy of the new pint-sized firepit and today I’ll share some of my thoughts and observations about the new stove in case the idea of having a convenient, affordable, and efficient source of tabletop heat is something you might be interested in. 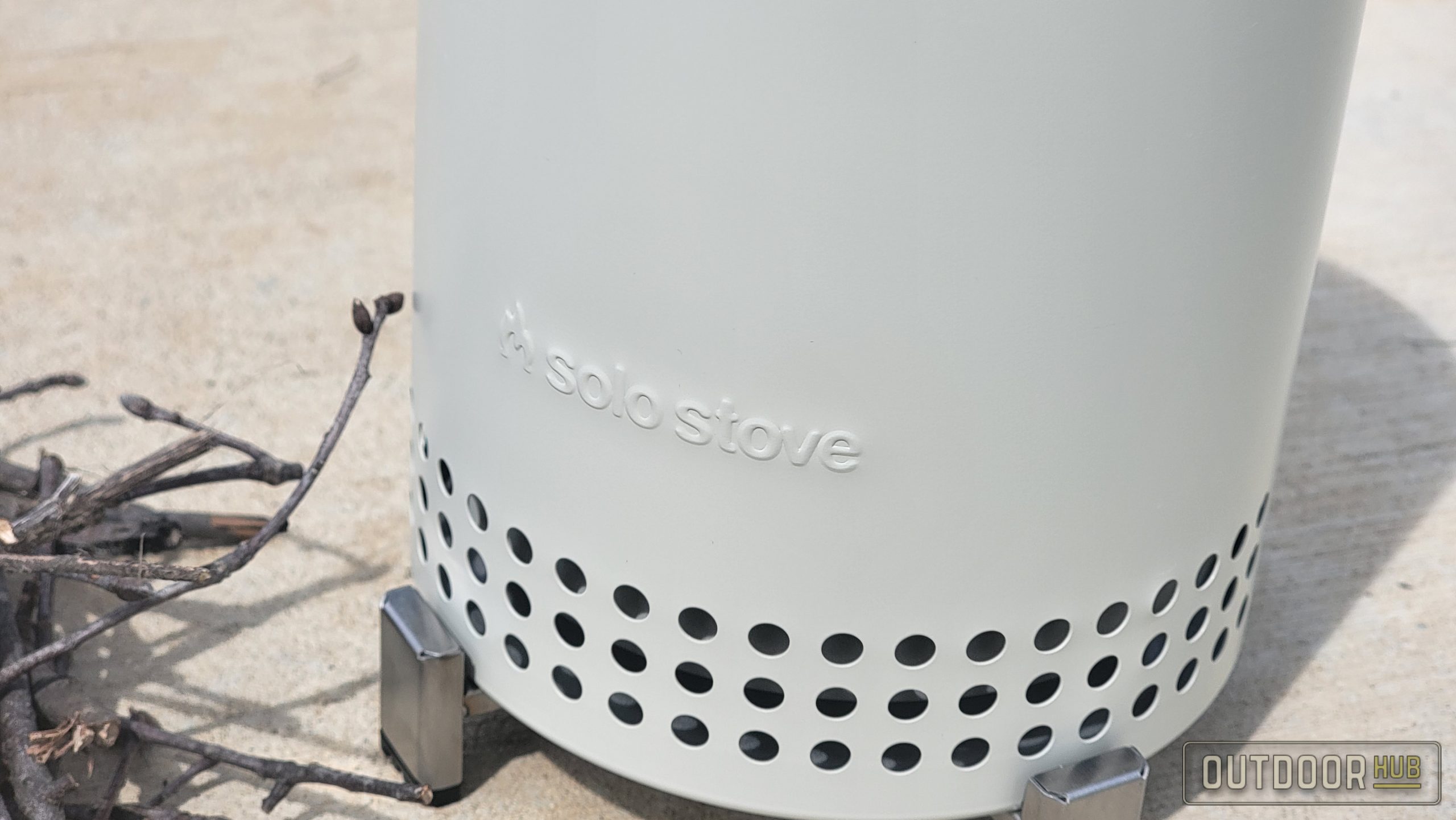 The Solostove Mesa incorporates a lot of the same design language and features as its larger cousins but adds a new durable ceramic outer coating to provide the stainless steel shell a bit more durability and corrosion resistance. This new ceramic coating comes in 5 different color variations so that you can match it with the rest of your patio furniture but if you’re a fan of the OG stainless steel look then Solostove still has that on offer for you. 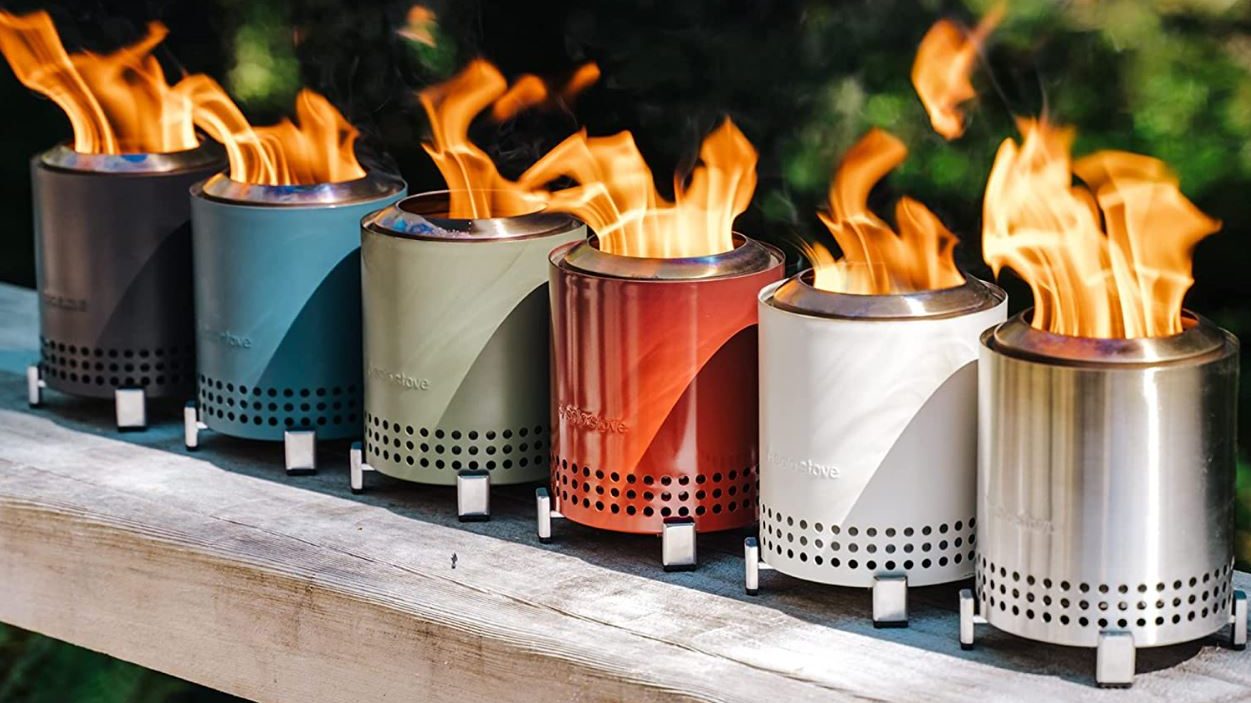 In addition to the ceramic coloring, the Mesa also comes with the new Mesa stand which elevates your micro-sized fire pit off of whatever surface you’re using it on to keep it from scorching the surface beneath. I’ve personally tested the Solostove Mesa on its stand in a variety of locations where I’d never normally put a fire pit including grass, a glass patio table, and a wooden picnic table and every single one of the surfaces handled it just fine and in fact, there was very little heat increase underneath the stand. 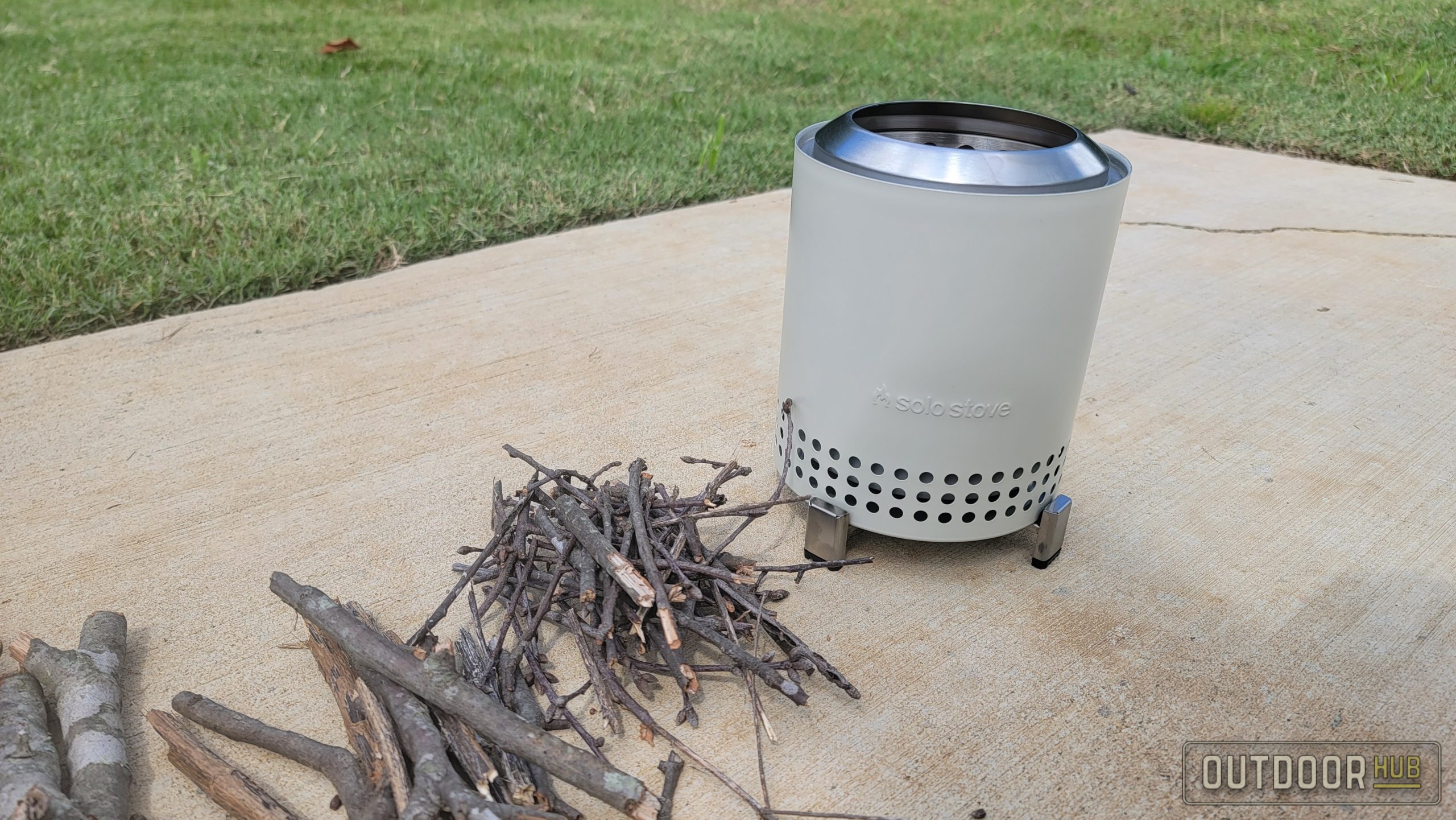 Lastly, and probably most interesting to you guys is Mesa’s list of available fuel sources. The Mesa is designed to be able to use nearly any type of combustible material that you can find around your house or campsite. This includes twigs pine cones, dry leaves, grass, and traditional firewood, and new to the list of available fuels are smoker pellets. The Mesa includes a pellet adapter so that you can take your bbq or smoker fuel and drop it right into the mesa for some quick, reliable, and aromatic tabletop fire pit fuel. 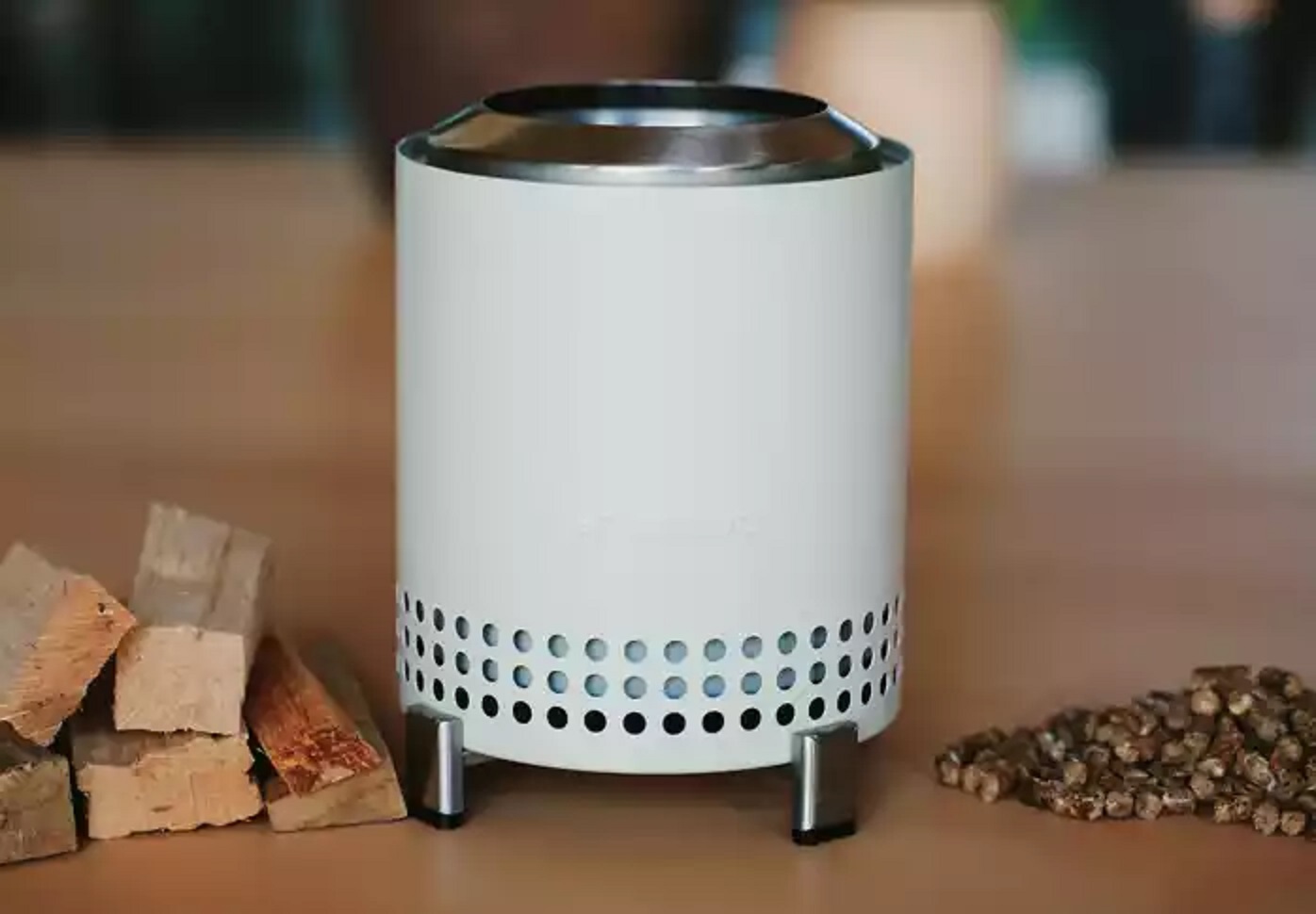 The Solostove mini is quite easy to use and really only requires you to prop the actual stove itself up on the miniature Mesa stand to get going. The Mesa stand and pellet adapter can both fit inside the fire pit for easy transportation from home to the campsite or a friend’s house for a patio party. For my first use, I brought the Solostove Mesa down and just grabbed a bunch of twigs and sticks from a nearby fallen tree to test out just how smokeless and efficient the micro firepit was. 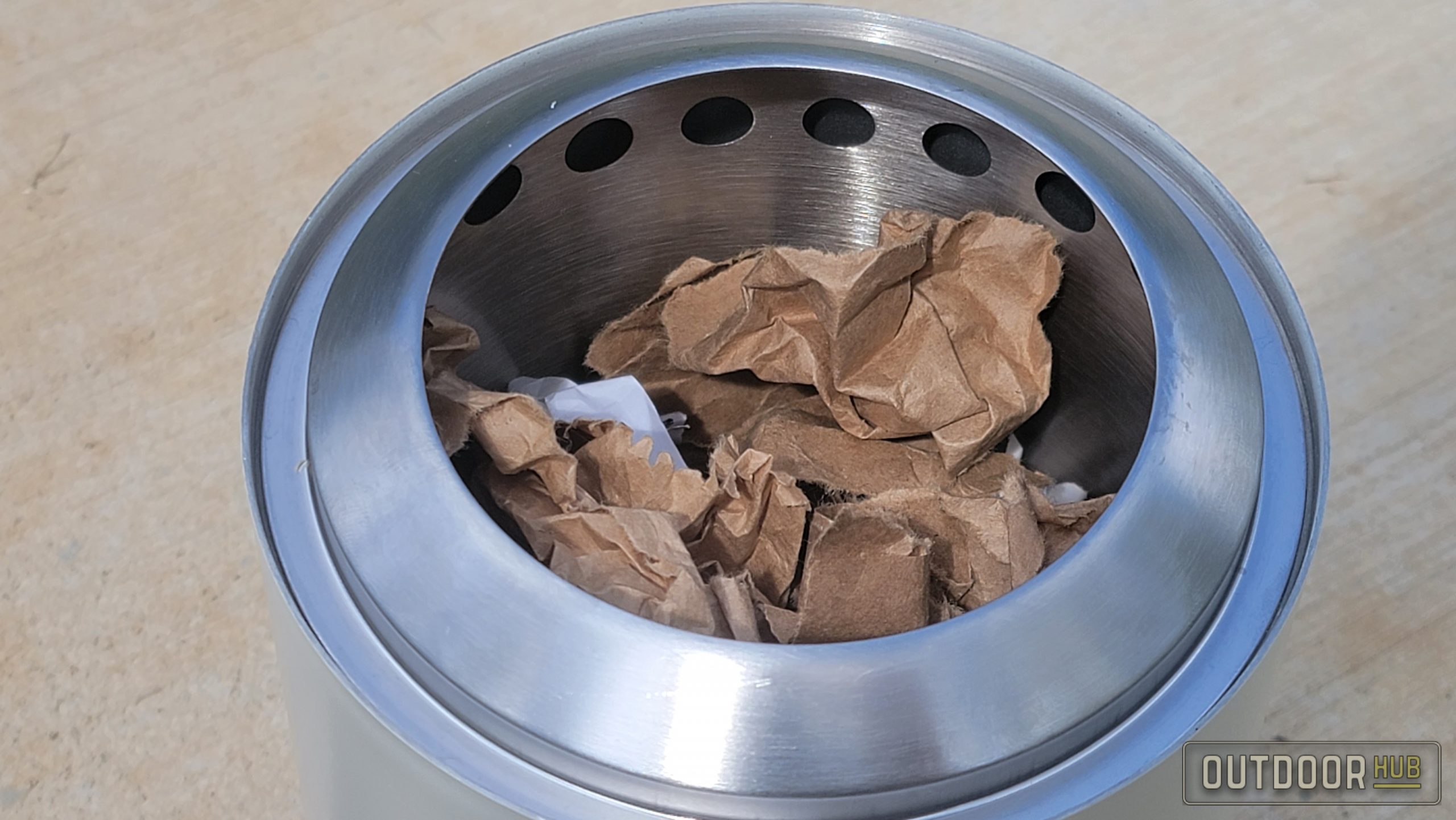 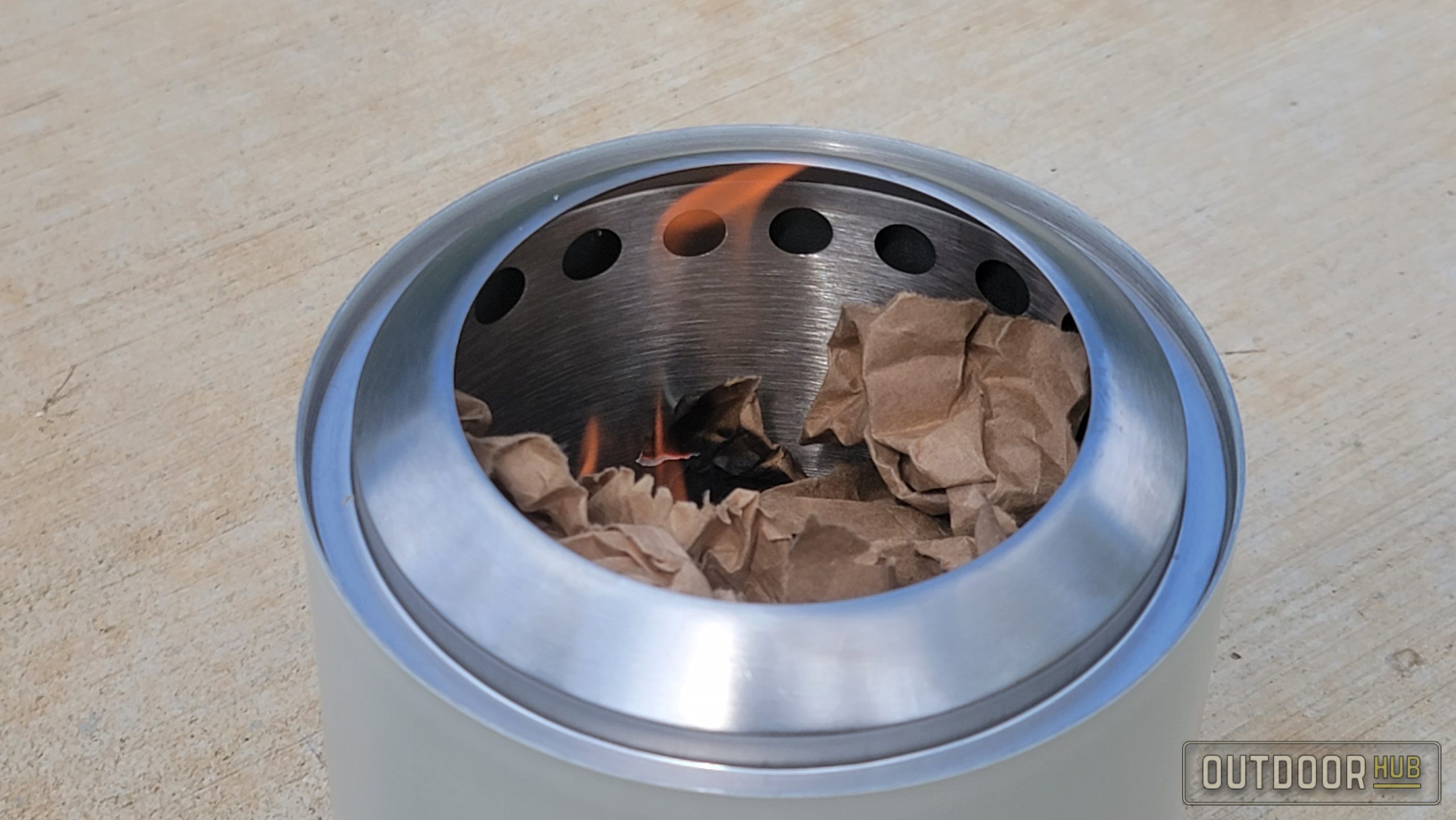 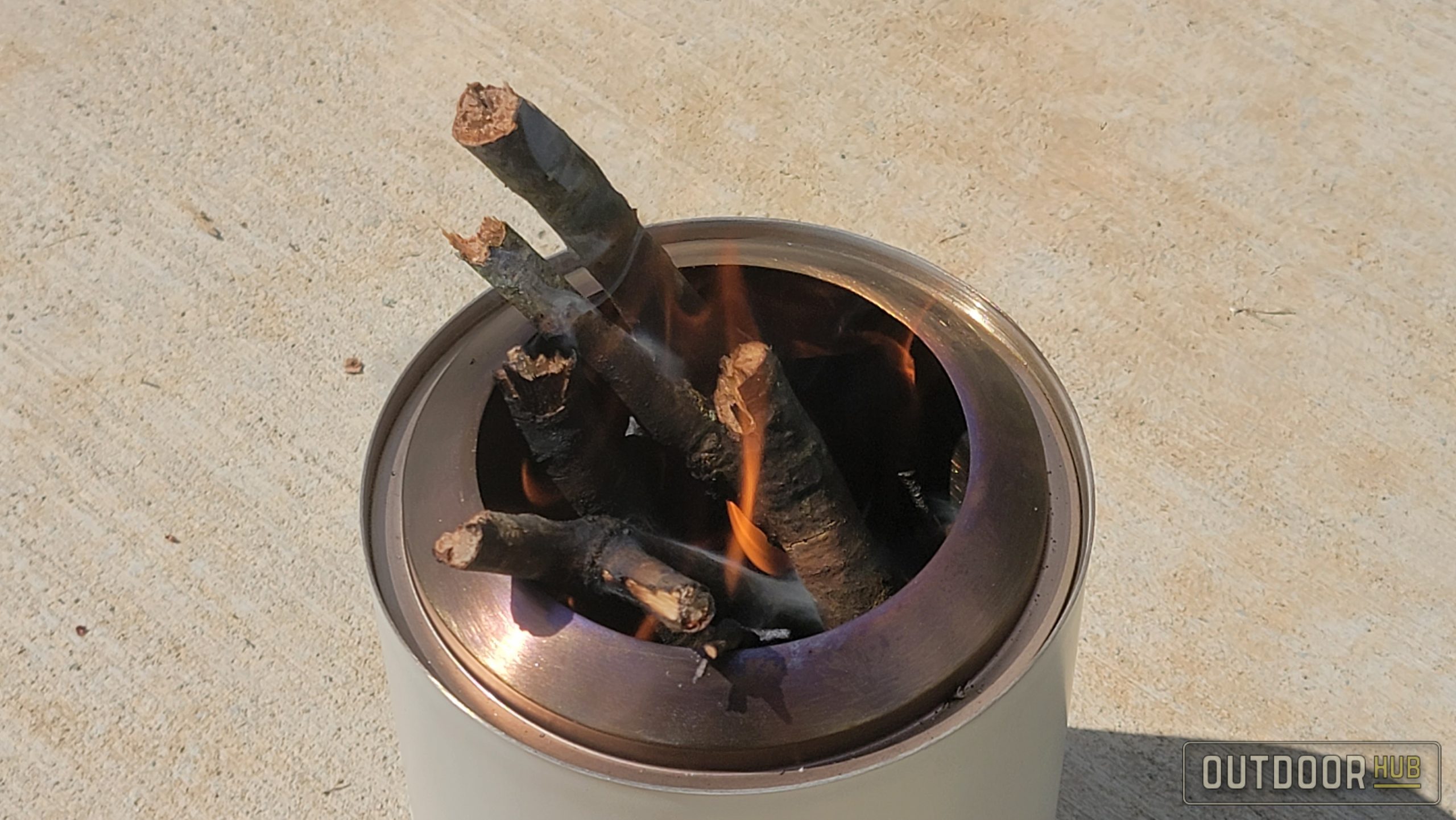 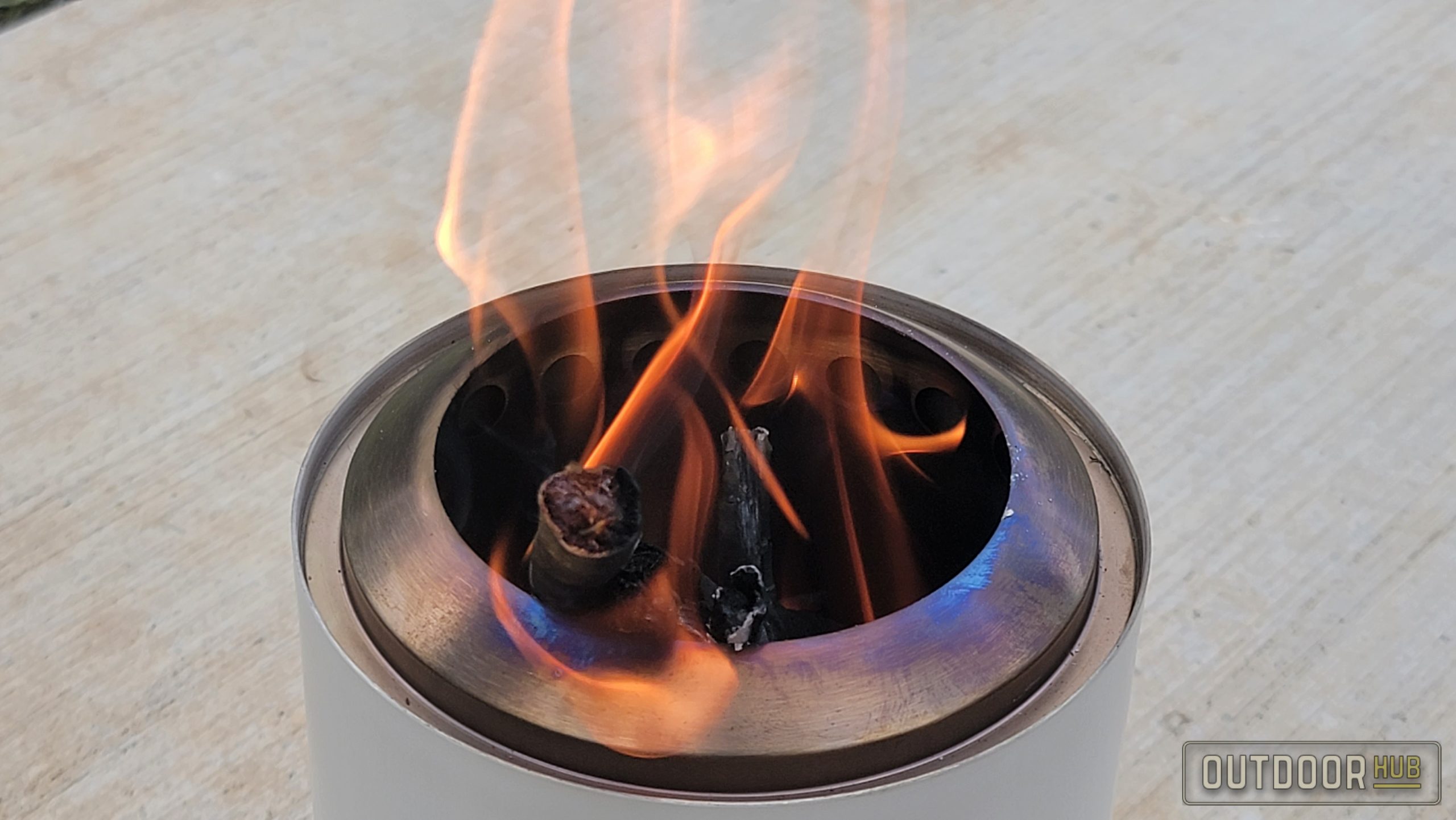 Starting up a fire using questionably dry twigs and sticks was an easy affair and only required the clever use of a long-stem style lighter and a bit of scrap paper to get going. With a small pile of sticks that were definitely a little wet from a recent rainstorm, the flames started out a bit smoky but once a bit more fuel was added the signature 360° Airflow technology that all of Solostove’s fire pits use kicked in and I was left with a smokeless flame for about 20 minutes or so before it looked like more fuel needed to be added. 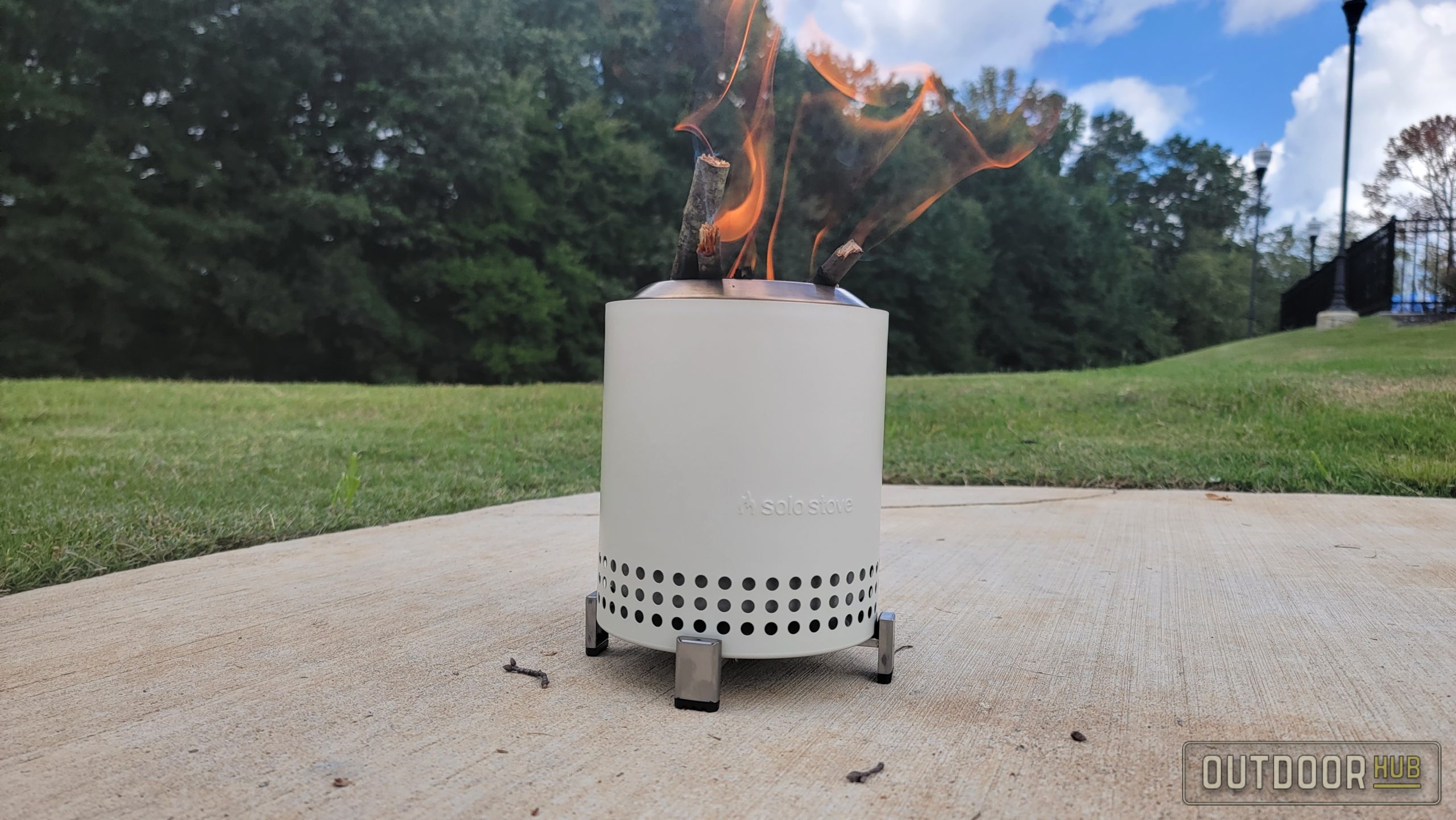 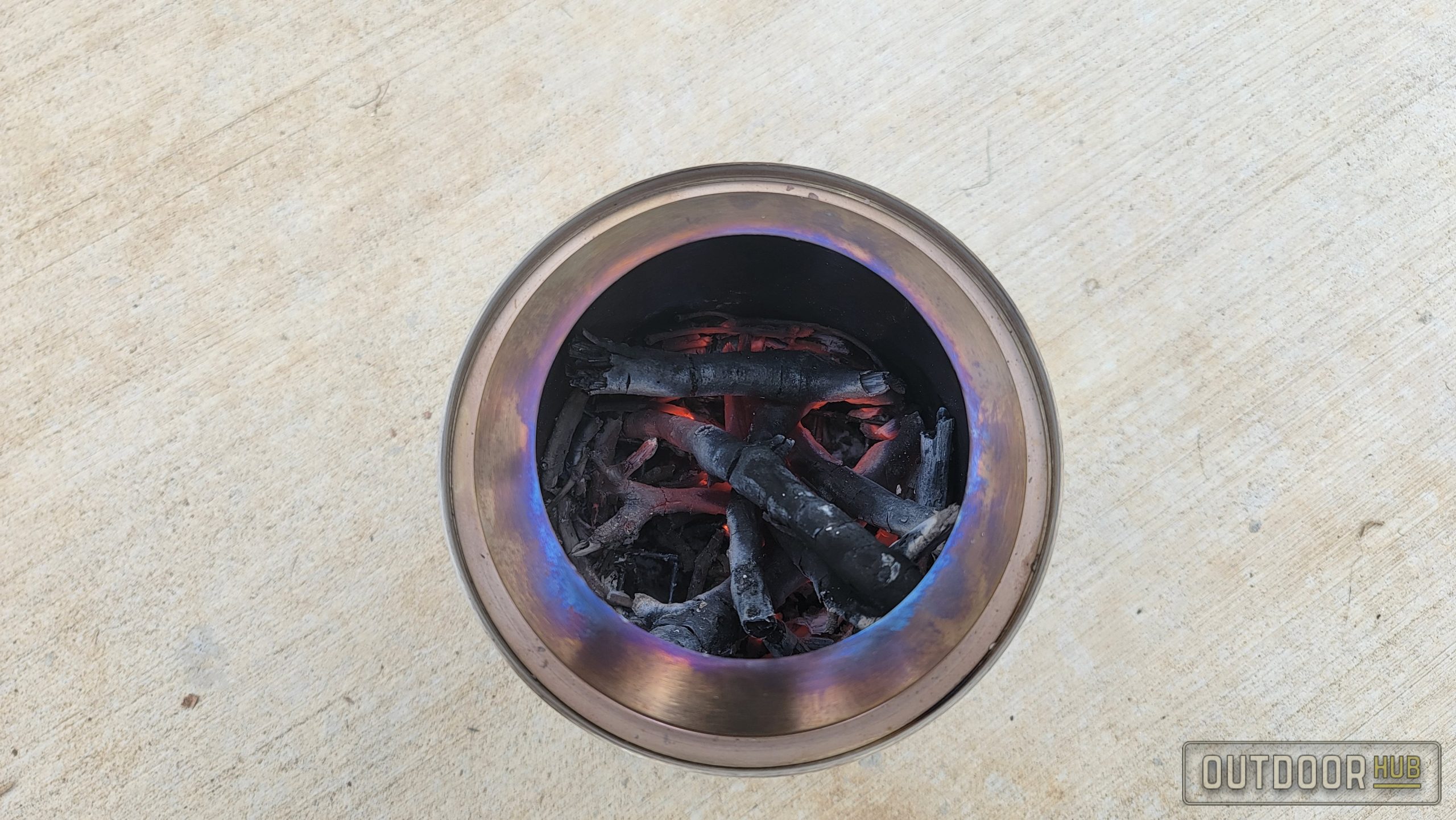 On an impromptu camping trip out to the Pacific Northwest, I had the opportunity to use the Solostove Mesa at night using pellet fuel but this didn’t turn out exactly how I had planned it to. While I got the fire pit going in the pitch black of night, a sizeable rainstorm came along and seemingly doused my firepit despite it being mostly covered by a large overhead tree. However, when I woke up in the morning, the pellet fuel that I had initially added had all burned into ash meaning that overnight the fire kept going despite the rainstorm. Both I and my camping partner were pretty impressed with this although we much would have preferred the heat from the fire pit! 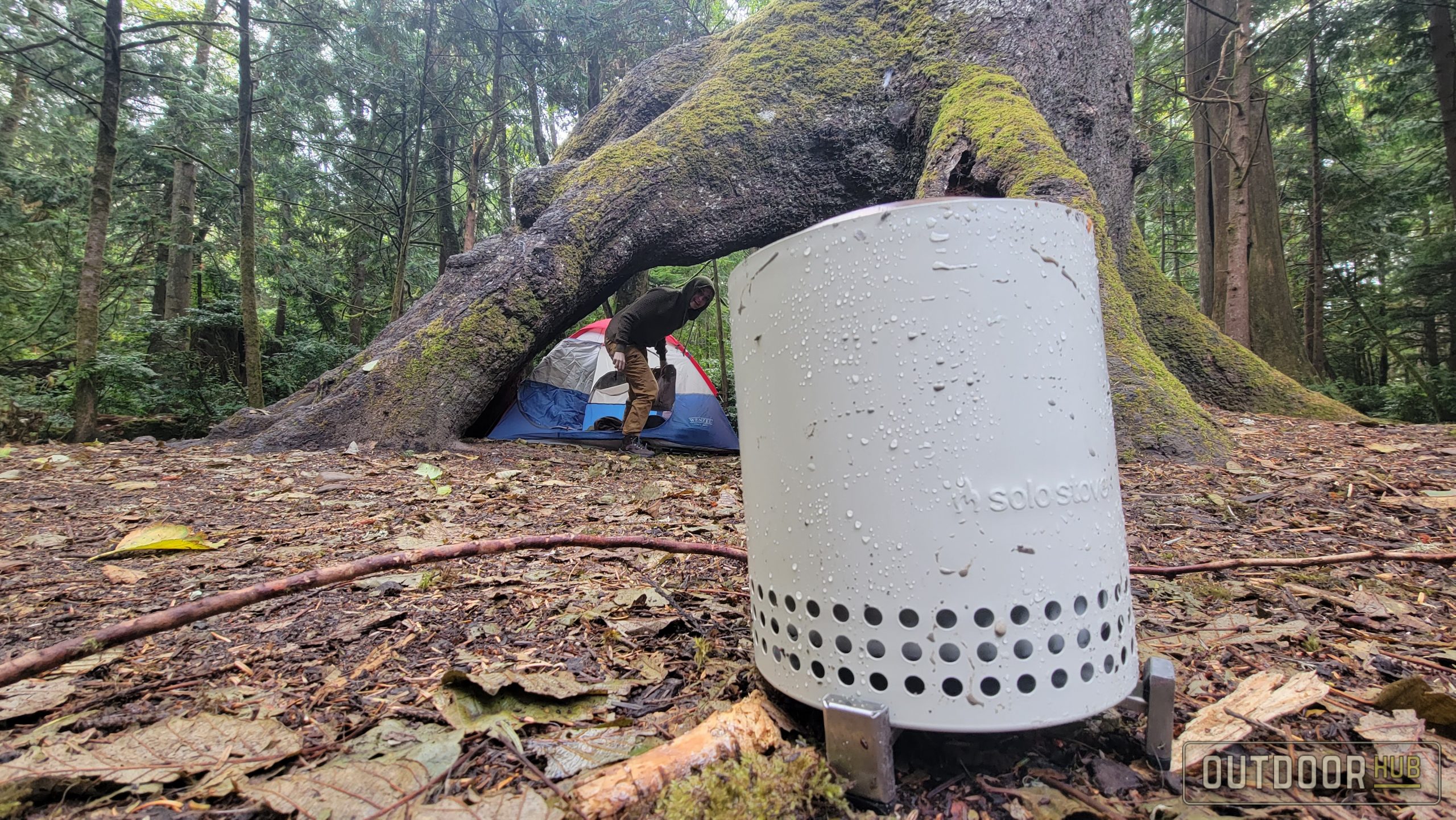 Cleanup of the Solostove Mesa is quite easy and doesn’t take all that long even when you factor in the time it takes for the stove to cool down enough to be handled. The ceramic coating adds a bit of extra thermal insulation to the rig and I personally was able to handle the fire pit about 15 minutes after the last of the flames had burnt out. The internal metal grate keeps all of the burning fuel elevated above the bottom of the fire pit and all that is needed to empty out the fire pit is to take off the top metal shroud and tip the Mesa upside down so that the collected ash falls out. After that, you’re ready to go for another fire or pack up and head home! 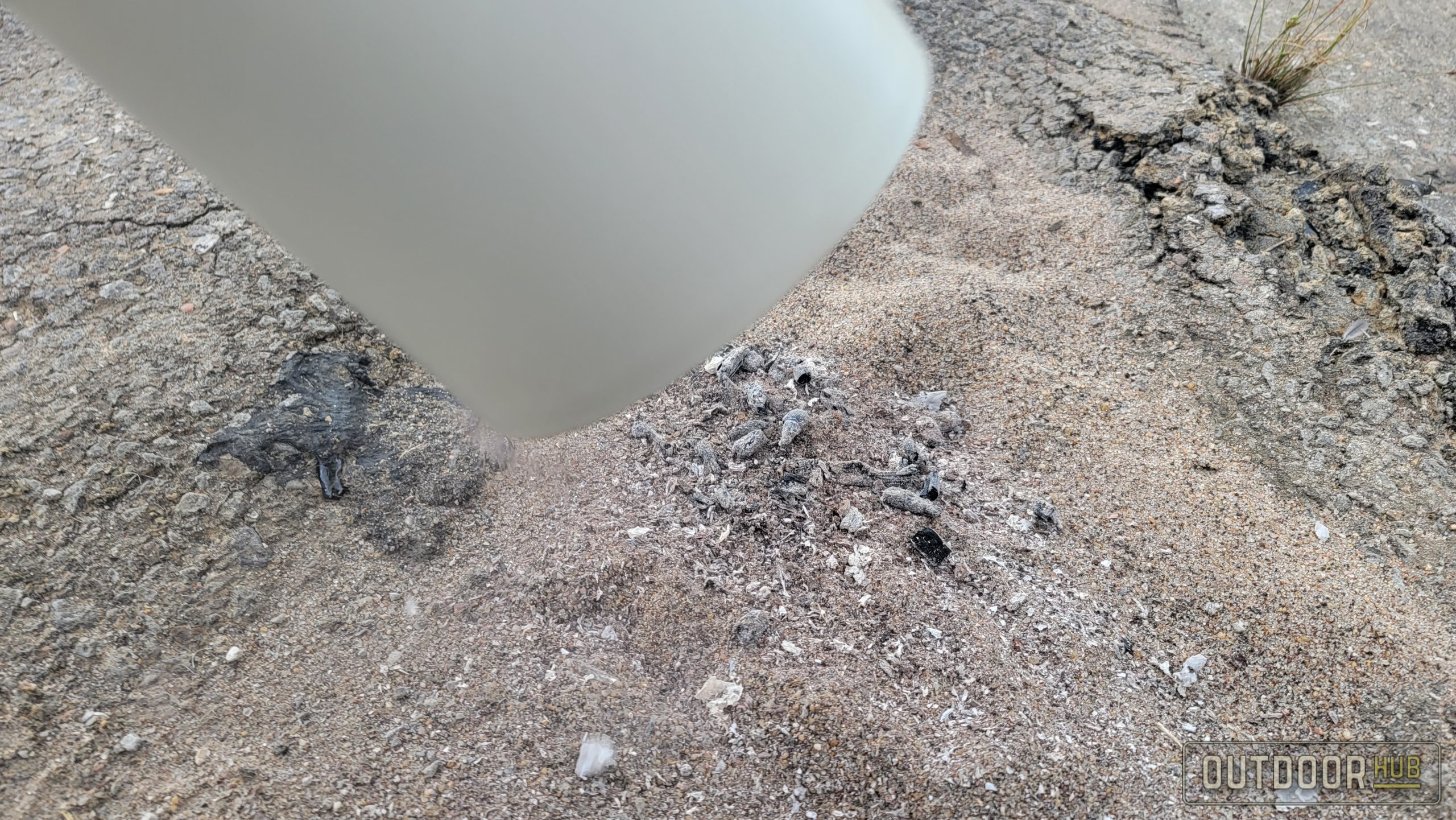 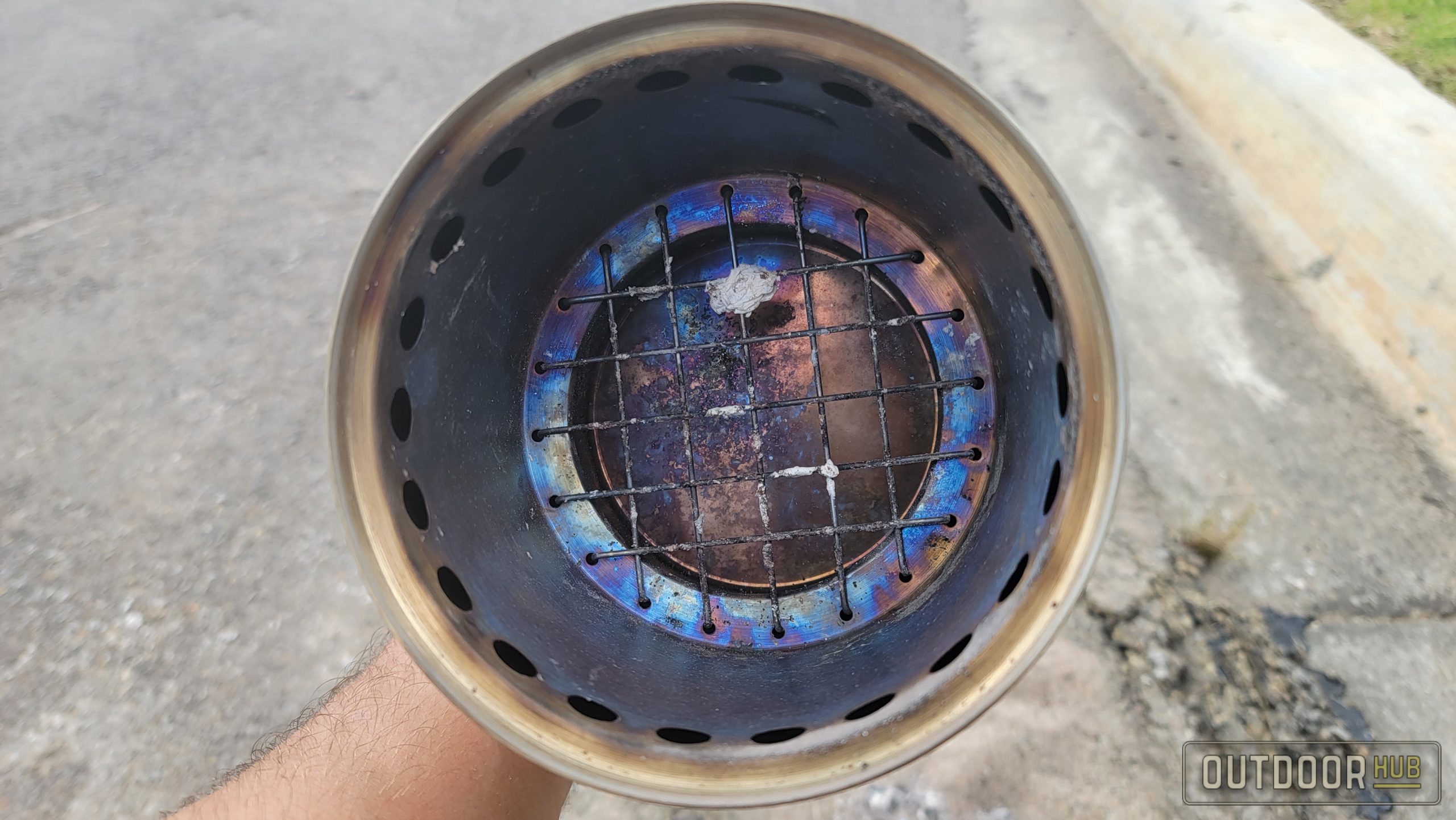 I found that the Mesa provided a great amount of heat despite its diminutive size and I think that everyone sitting at a small 5′ patio table could benefit from the heat of this fire pit to warm their hands while everyone shares a nice drink in the evening. The pellet fuel in theory should be more efficient and perhaps even produce more heat but the weather was not conducive to testing these out thoroughly with the Mesa.  However, it’s worth noting that with the pellets being used, you can be much less worried about random contaminants entering any food (like marshmallows) you happen to be warming up over the fire pit.

I really like the new Solostove Mesa. It’s small, compact, simple to use, and super affordable for what it’s offering you. The Mesa is currently being offered on sale for $79.99 which is $40 off of its retail price. Beyond its use as a tabletop patio fire pit, I found the Mesa to be lightweight and efficient enough for me to bring on all of my future camping trips just for the pure convenience and added safety factor that this tiny little fire pit offers you while camping or even backpacking. Once you factor in the list of available fuel types to the mix, I think you’d be hard-pressed to find an argument against brining the Solostove Mesa with you unless you already own the Solostove Lite.

I would like to extend a personal thanks once again to Solostove for sending out the Mesa for testing and review, if you guys would like to learn more about the Mesa and its bigger brothers and cousins, you can visit the Solostove website here. Thanks for reading and stay safe out there this winter as you get those fire pits fired up! 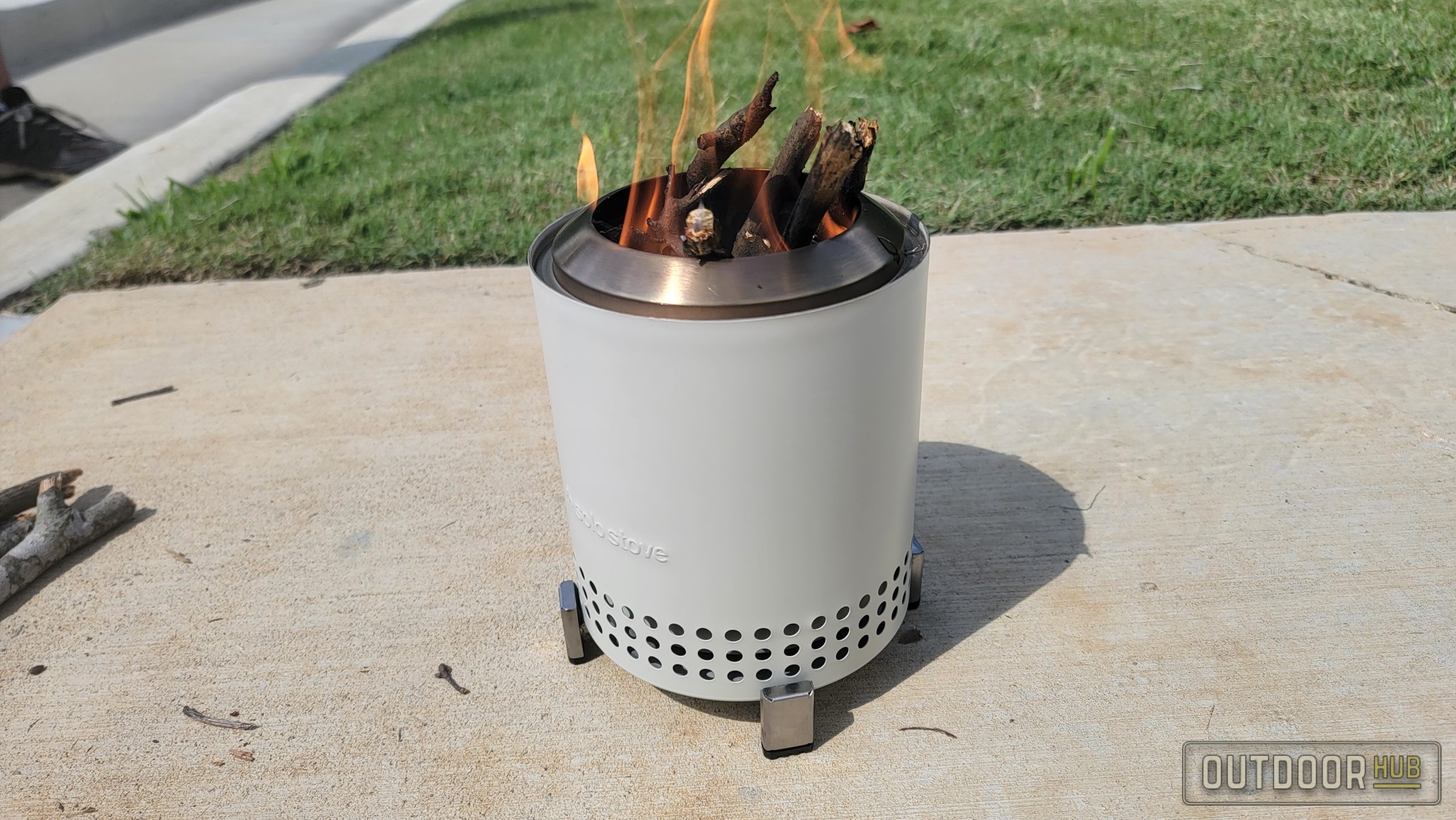 POTD: A Complicated Yet Crude Grenade Launcher – The PIAT

This Rechargeable Light Bulb is the Perfect Addition to Your Gear!

Sports And Outdoors is an online store where you can find the best Amazon products.

We know that it is hard to find the awesome products on Amazon that suits your needs best. You spend hours if not days researching your desired product on Amazon but if none fits your needs. We are here to help you.